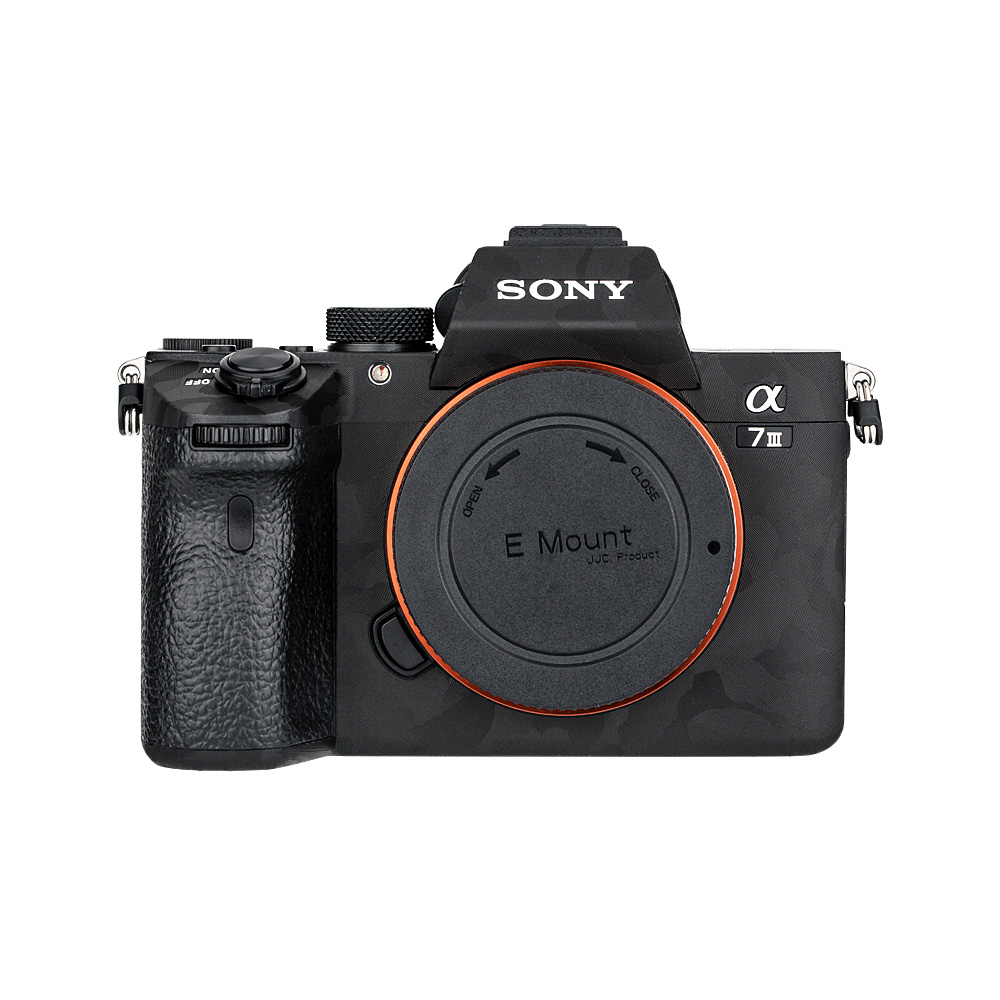 This Black Camo Texture Protective Film is specially designed for Sony A7 III and A7R III. This custom fit Black Camo Texture Protective Film not only decorates your camera but also provides your camera with better protection, making it away from dirt and unwanted scratches. Besides that, the film enhances the grip and provides a more secure hold when shooting. The film adopts premium adhesive, which is eco-friendly and removable. The air vents design prevents bubbles effectively. The spare film included in the package for having a second chance to install some precise parts, if necessary.