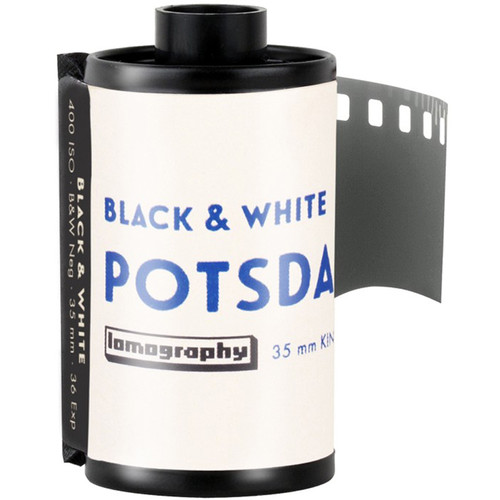 Lomography Potsdam Kino 100 is a panchromatic black and white negative film inspired by and designed to emulate the aesthetics of the New German Cinema movement. It’s a medium speed, ISO 100 film with high silver content to produce a rich tonal scale with impressive contrast, fine grain, and high sharpness. Additionally, borrowing from its cinema heritage, this film is also suitable for reversal processing in order to produce black and white positive transparencies.

This item is one 36-exposure roll of 35mm film and comes in a non DX-coded cartridge.