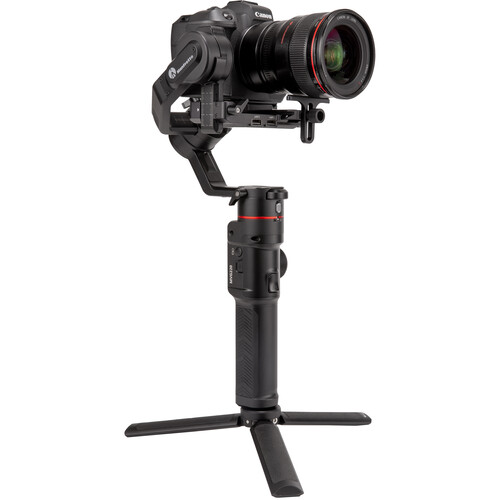 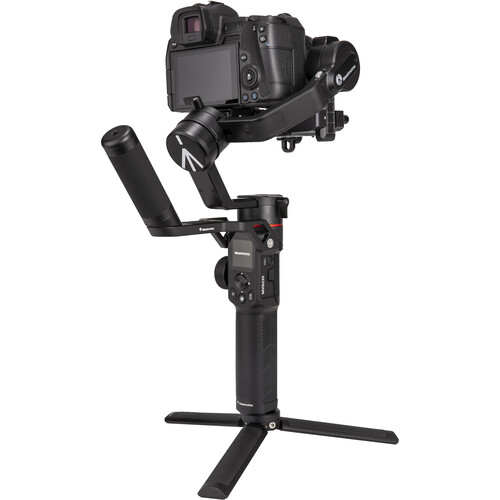 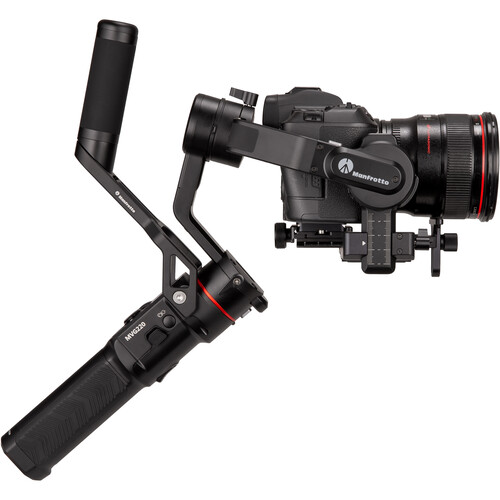 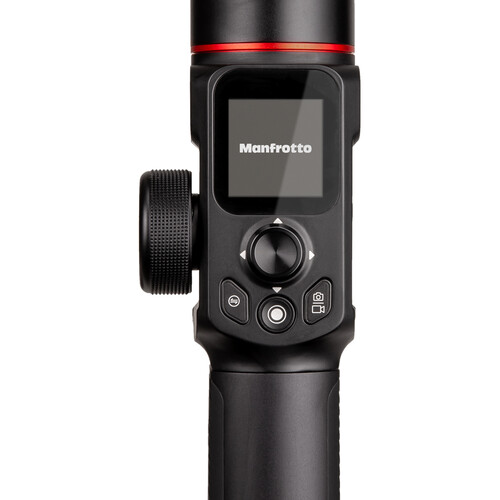 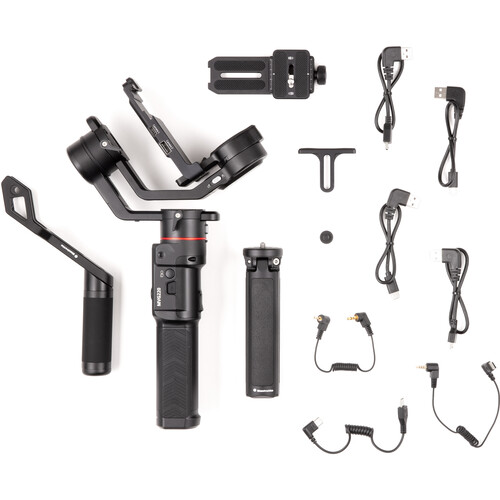 Manfrotto’s Gimbal 220 Kit features the Gimbal 220 3-axis motorized gimbal stabilizer, one of the two gimbals that make up Manfrotto’s entry into the gimbal world. The Gimbal 220 offers a 4.85 lb payload ideal for compact mirrorless cameras, and it’s designed with a touchscreen display. With just a press of an icon in many cases, the touchscreen allows you to directly enter different modes, such as inception, time-lapse, or selfie mode. The touchscreen also lets you set up nearly all the parameters of the gimbal instead of having to rely more on the companion app. For all other settings and for remote operation, the companion Manfrotto app can be used on iOS and Android devices.

The Gimbal 220 Kit also includes an underslung handle, quick release plate, mini tripod, and shutter release cables. The underslung handle can be attached to use the gimbal in various low-angle shots and can also be used as an additional support at all other angles. You can keep it attached at all times or remove it for a lighter setup.

The Gimbal 220 has an independent lock on each axis to make pre-balancing your camera quick and simple. You can unlock and balance one axis at a time. This feature also allows the gimbal to be stored away easier. The Gimbal 220 runs for up to 7 hours in normal operation and up to 14 hours in standby mode. The battery is rechargeable via a USB Type-C port on the gimbal using one of the included cables and an optional USB charger.

The quick release system uses two mounting plates. There’s a built-in platform and a removable top plate, both with an Arca-Swiss standard design. The top plate can be used to switch your camera between the gimbal and tripods or other supports with Arca-Swiss compatibility, and you won’t have to rebalance the gimbal when mounting the camera back on.

Select cameras can also be connected to the gimbal via the included cables for a more seamless workflow between the camera and gimbal. You’ll be able to adjust certain camera settings directly from the gimbal. The Gimbal 220 offers lock, pan, follow, and all follow modes and provides 360° pan, 230° tilt, and 360° roll rotation.

Key Features
4.85 lb payload
Touchscreen display with direct access to most gimbal modes and settings
iOS/Android companion app
Removable underslung handle
Arca-Swiss standard platform and quick release plate
Independent lock on each axis for easy balancing
Up to 7-hour battery life in normal operation, up to 14 hours in standby mode
360° pan, 230° tilt, and 360° roll rotation
Modes
Lock mode: the orientation of the camera is fixed
Pan mode: the roll and tilt axes are fixed, and the camera only moves left and right
Follow mode: the roll axis is fixed, and the camera moves left/right or up/down
All follow mode: the camera moves according to the user’s hand motions

Be the first to review “Manfrotto Gimbal 220 Kit” Cancel reply